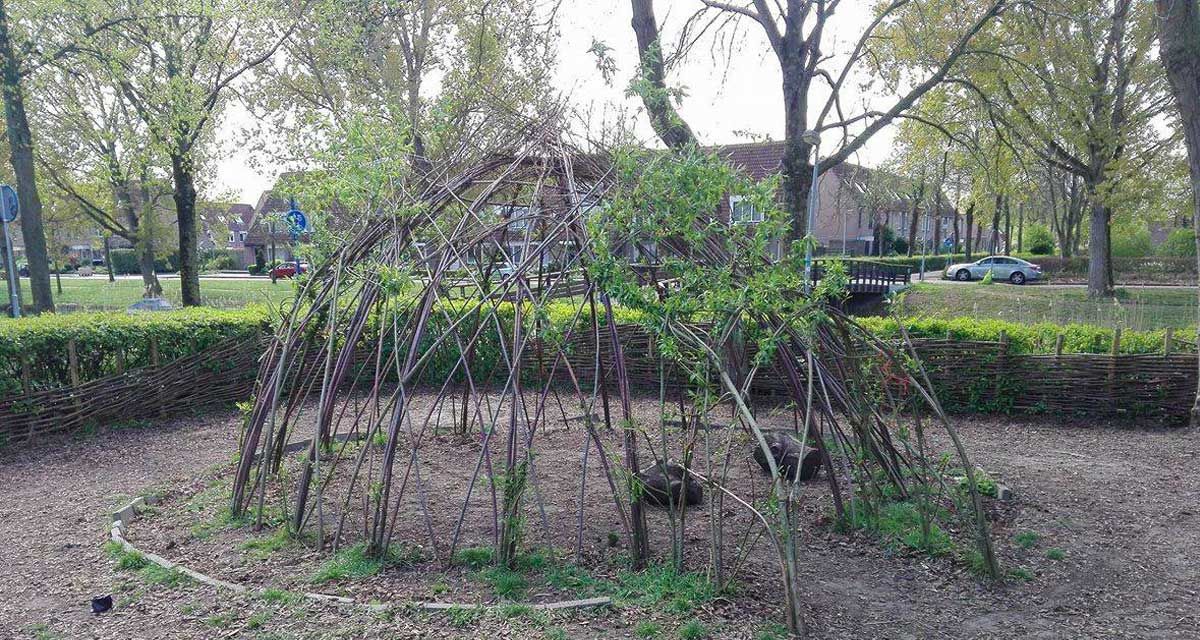 Elementary school Al Iman is one of the first-found Islamic primary schools in the Netherlands. Since 1990, it is a Dutch-based Islamic school open to all children, regardless of their social and religious background. The school has about 360 students. The students come from all over Almere: Almere City, Almere Buiten and Almere Haven.

Inspiratie Inc supports the creation of a small playful garden in the school. A Willow hut and flowers were implemented and children enjoy daily play whilst the hut is growing stronger. Large mosaics made with the pupils of all six school classes are placed outside the school building. We are at present busy with the preparation of a parent and child festival in Stedenwijk, in order to further develop and strengthen our growing bonds with this area of Almere.